Last week of August, together with our partner organization Bandanh Chaktomok (BC), we helped a gay boy who earned money as a sex worker for a long time in Pattaya (Thailand). Three weeks later he died and Untenu payed for the funeral.

Brought to hospital for recovery

At the end of last month he was found in a village in the province of Battambang, a young man of 27, gay and HIV-positive. Ever he went to Thailand to earn money in Pattaya as a sex worker. Chances are he will be infected by HIV. Our partner organization Bandanh Chaktomok (BC) found him and arranged with Untenu money that he was admitted to a hospital.

Unfortunately, on Friday September 22, we received the sad news that S. did not make it and he died from the effects of AIDS. The second unnecessary victim of the combination of poverty and HIV.

Meanwhile, the Buddhist funeral has been taken place. We think it is important that people will have a worthy funeral. Therefore on request of BC, Untenu made the money available for a graveyard and for the Buddhist ceremony.

After years in Pattaya (Thailand) where he earned his money as a sex worker, S. returned to the village in the province of Battambang. He used HIV inhibitors, but stopped a while ago for unknown reasons. In his village he was found by volunteers of our partner organization BC. He rented a room in a village with a friend. 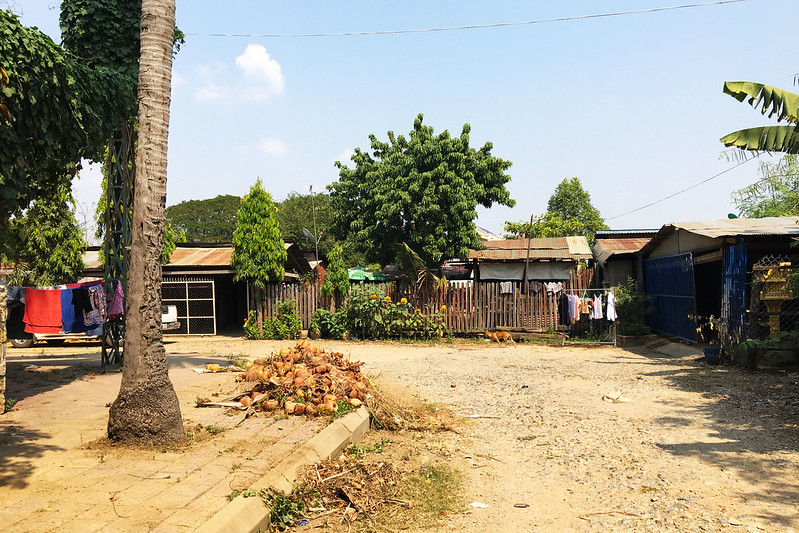 Because his family did not accept him and even violated him because of his sexual preference, he left home. He has known for a long time he is HIV-positive, but has also stopped fetching and taking HIV inhibitors a while ago. When he found he was too weak to stand on his own feet. Meanwhile, he has been admitted to a clinic and freelancers give him food, dietary supplements and pay hospital expenses.

Without Untenu, BC could not do that. For the Untenu Foundation, it is important to work even more on fundraising, if we wish to honor all requests. The budget for this year has already been exceeded, which means that for the budget for 2018 a higher amount has to be collected for emergency aid.

If you want to support our work, you can transfer an amount in many ways. With this money, we continue to provide emergency aid to LHBTIs with HIV living in Cambodia in poverty. The assistance is being carried out by local volunteers from our partner organization Bandanh Chaktomok.