The Untenu Fundraising Event raised € 500, – last Sunday in Den Bosch, the Netherlands. Through a lottery, a performance of drag duo Meander & Bijoux, a generous donator and a contribution of  COC North-East Brabant, the local LGBT group.

Beer café de Gouwe Sleutel (the Golden Key) was pretty crowded yesterday. After a brief introduction on the work of Untenu, the trailer of ‘Karma?’ was screened. Many lottery tickets were sold and after the first lottery draw Zarah Meander & Sheilla Bijoux began their show where they introduced ‘pay per song’. In the absence of microphones the ‘ladies’ sang unplugged as they say. It did not spoil the fun, and the audience nevertheless quite paid for the naughty songs.

After COC North-East Brabant and a generous donor had completed the final amount, the revenue was € 500, -. Untenu Allows a while ahead with regard to emergency aid. And probably Untenu can again offer training. 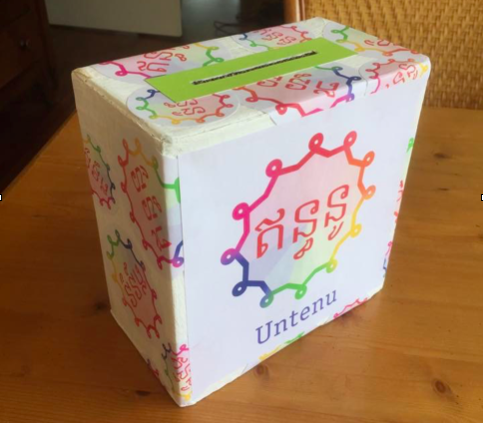 To all generous donors: Once again thank you very much!